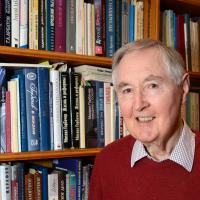 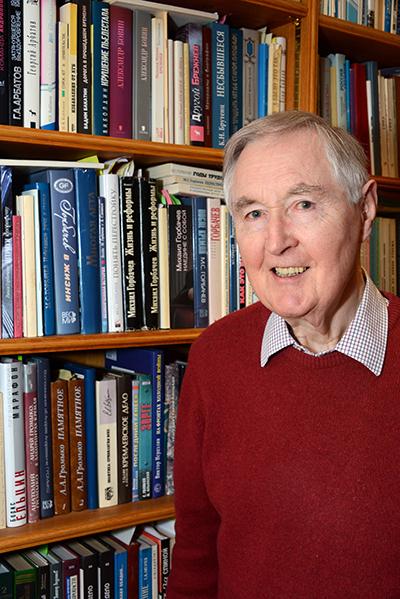 Emeritus Professor of Politics Archie Brown, has been awarded a Leverhulme Emeritus Fellowship for his project ‘Changing perceptions of the roles and powers of the British Prime Minister’.

The aim of the project for which The Leverhulme Trust is providing support is to show by systematic analysis of British newspapers from 1945 to now, how conceptions of the roles and powers of the British prime minister have become more capacious.

Archie expects to show not only when and how people came to accept more power concentrated in 10 Downing Street, but also to argue that such a development is not something that should be passively accepted, for it is neither conducive to more effective government nor consonant with democratic values.

The Leverhulme Emeritus Fellowship is for senior researchers who have retired or partially retired from an academic post to complete a research project and prepare the results for publication.

The primary intention of the scheme is to support the facilitation, integration or completion of the applicant’s own research output.

Archie said: “I’ve always been interested in political leadership – not only in the context of Communist or other authoritarian regimes. My first really substantial academic journal article – a 20,000-word piece called ‘Prime Ministerial Power’ – was on the powers of the British prime minister in different policy areas and on the constraints of ‘his’ power. (I was writing in the 1960s, more than a decade before the UK’s first woman PM.)

"In that sense, the wheel has come full circle, but I’ve also written on British politics in the years in between – in, for example, my book, The Myth of the Strong Leader: Political Leadership in the Modern Age (Vintage paperback, with an updating Foreword, 2018) and a chapter called ‘The Top Leader Fixation in British Politics’ in a book edited by Ivor Crewe and David Sanders, Authoritarian Populism and Liberal Democracy (Palgrave Macmillan, 2020).

"My most recent book, The Human Factor: Gorbachev, Reagan, and Thatcher, and the End of the Cold War (OUP paperback, 2022) was on political leadership and the making of foreign policy in the UK and US as well as the Soviet Union.”

Archie has been at Oxford for more than 50 years, having been appointed University Lecturer in Soviet Institutions and elected a Fellow of St Antony’s in 1971. From 1989 until his retirement from teaching in 2005, he was Professor of Politics.

He was elected a Fellow of the British Academy in 1991, chairing its Political Studies Section (1999-2002), and was elected an International Honorary Member by the American Academy of Arts and Sciences (Political Science Section) in 2003.

"I’ve always been interested in political leadership – not only in the context of Communist or other authoritarian regimes."
Archie Brown