I am an interdisciplinary scholar in my field of research, using methodologies as diverse as those of political science, legal analysis, international relations, and sociology to research and write on a range of topics, especially at the boundary of politics and law and of politics and ecology. I specialise in transnational public policy makers and their interactions with domestic institutions (viz., courts and parliaments) and supranational regimes, especially the Council of Europe and the EU. I adhere to the realist tradition in science: – my research is data-driven rather than method-driven. Fieldwork that gives access to primary data has been the mainspring of my academic career, a hallmark of which is to carefully consider the perspectives that matter to my subjects, not just those that matter to me. I am open to inquiry into any topic of timeliness and interest. This overall approach has yielded a variety of publications, from analyses of public policies enacted in widely differing countries and contexts to studies of the behaviour and motivation of political actors making decisions across many domains (environment, European elections, judiciary revisions, etc.). I am noted for converting research agendas into questions or puzzles that lie outside their field of origin, offering counterintuitive insights into things ‘invisible’ to conventional methods; never minding the sources of data that inspired them.

My own research agenda has focussed on the evolution of institutions due to the power relations in majoritarian and non-majoritarian politics. My first monograph, funded by a British Academy Postdoctoral Fellowship, concerned the judiciary’s role in democracy and how and why ideas about its design had filtered into Europe from the US until they became the norm. I have also investigated the influence of Europeanization on State-civil society relations in Eastern Europe after the fall of Communism, which led to many (including Prize-winning) publications.

I am currently researching the politics of Net Zero de-carbonization in response to the new global and transnational normative regime; which interlinks fossil fuel transition with air quality and climate change. My project is to explain the causal nexus of scientific knowledge, ideology, and the stratagems of competing actor-constellations or networks seeking to influence the politics of energy. 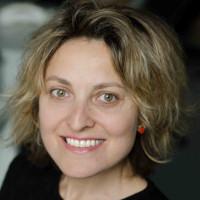 Judicialization of Politics in Europe (MPhil in European Politics)

The politics of energy transitions

The power of non-majoritarian institutions

The Judiciary’s relation to democracy

Elites and their transnational networks

2019 Parau, Cristina E. Transnational Networks and Elite Self-Empowerment: The Making of Judiciary in Contemporary Europe and Beyond, Oxford University Press

2013 Parau, Cristina E. The Dormancy of Parliaments: The Invisible Cause of Judiciary Empowerment in Central and Eastern Europe, Representation - The Journal of Representative Democracy, 49 (3).

2012 The Drive for Judicial Supremacy in Central and Eastern Europe in Seibert-Fohr, A. (ed.) Judicial Independence in Transition. Springer: Heidelberg (Max Plank Institutes Series on Comparative and International Law), pp. 619-667.

2008 Europeanization as Empowerment of Civil Society: All Smoke and Mirrors? in W.A. Maloney and J. W. van Deth (eds.) From National toward International Linkages? Civil Society and Multi-level Governance, Palgrave.

2011 The Role of Courts in a Democracy: Alternatives to Judicial Supremacy, Policy Brief, Foundation for the Law, Justice and Society.

2011 The Role of Courts in a Democracy, Report of an academic-practitioner workshop & public debate held at Magdalen College, 10-11th February for the Foundation for the Law, Justice and Society (event organised by Dr. Parau)

2015 The Politics of a Written Constitution for Britain, Politics in Spires, 12 February; republished by the Blog of The International Association of Constitutional Law, 25 February.

2011 The Role of Courts in a Democracy, public debate organised by Dr. Parau at Magdalen College, Oxford, 11th February 2011 (video)

2010 Discussion of Transitional Justice: Patterns and Divergences, paper presented by Dr. Vello Pettai at the seminar series Democracy in Central and Eastern Europe: the State of the Art (Politics Department, Oxford)

2009 The East Side Story: How Executive Uncertainty Created an Accession Conditionality that Never Was (Wolfson College podcast)

2012 From the Carpathian Peaks to the Dreaming Spires, Romulus, Wolfson College Magazine.

2014 ‘The Politics of a Written Constitution for Britain’, presented at the Interdisciplinary Approaches to Contemporary Constitutional Change, workshop co-organised by me and the Constitutional Studies Programme, University of Oxford, 14 November. Read Presentation.

2014 ‘The Politics of Judiciary Reform in Europe’ ECPR, Glasgow, 3-5 September.

2014 Explaining the Drive towards Judicial Supremacy in Post-Communist Central and Eastern Europe: Transnational Legal Professional Elite Networks and Parliament Dormancy, presented at the Politics of Judicial Independence and Judicial Accountability conference, the Supreme Administrative Court of the Czech Republic, Brno, 30-31 May (invited speaker)

2014 Constitutional Ferment in the United Kingdom: Towards a Republican Constitution?, presented at the Constitutional Challenges within the EU and Beyond workshop, Central European University, Budapest, 14 March.

2013 The Dormancy of Parliaments in Central and Eastern Europe: the Invisible Cause of Judiciary Empowerment, paper presented at the Politics Research Colloquium, DPIR, University of Oxford

2011 Identity and Legitimacy: Transnational Influences on Constitution Drafting in Romania, presentation at The Social and Political Foundations of Constitutions workshop, Wadham College, Oxford.

2011 The Political and Social Context of Evidentiary Proceedings, keynote speech given at the Public and Private Justice Conference and Course, Dubrovnik, Croatia, 26 May.

2011 EU Accession Conditionality and Transnational Networks, paper presented at the Environmental Governance in South East Europe and the Western Balkans: The Transformative Power of Europe?, LSE, 6 May 2011.

2011 Judicial Reform in post-Communist Central and Eastern Europe: Falling in Step with the West?, paper presented at The Role of Courts in a Democracy workshop, Magdalen College, Oxford, 10-11th of February.

2009 The East Side Story: How Executive Uncertainty Created an Accession Conditionality that Never Was, paper presented at the Political Science Association Conference, 7-8 April, Manchester

2008 Networking for empowerment in the context of enlargement: Romanian NGOS and trans-national norm entrepreneurs, paper presented at New Directions in Law and Society seminar, Centre for Socio-Legal Studies, University of Oxford, 25 May 2008

2007 The Executive strikes back: The flowering of Romanian intergovernmentalism, paper accepted at the American Political Science Association Annual Meeting, August 2007.

2005 Europeanization as empowerment of civil society: All smoke and mirrors? - paper presented at the European Consortium for Political Research Conference, Budapest, 8-10 September 2005; and at The Institutional Shaping of EU-Society Relations workshop, Mannheim Centre for European Social Research, University of Mannheim, October 14-15, 2005.

2004 The GM Nation Debate, Research Paper, Centre for the Study of Democracy, Westminster University (with Simon Joss and Alison Mohr).

2003 UK Responses to the Revision of the Directive on Deliberate Release of GMOs to the Environment, report written for the European Public Space Observatory Project, Politics Department, Queen Mary University of London.

Dec 2009 John Fell Fund Grant, Oxford University to conduct preliminary research into the outcomes of judicial reform in Croatia and the Czech Republic