Daniel is currently reading for the MPhil in International Relations and is conducting research into South Africa’s foreign policy with regards to development and regional integration in southern Africa. He holds two degrees from the University of Cape Town (UCT), South Africa, namely an Honour's degree in International Relations (distinction and multiple class medals) and a Bachelor’s degree in Politics, Philosophy and Economics (top in the degree and multiple class medals). Daniel has, concurrently with his studies, served extensively in student leadership, ultimately sitting on the Students’ Representative Council at UCT, and he is very passionate about entrepreneurship, having attained the Allan Gray Fellowship and built UCT’s largest student entrepreneurship competition (“The Pitch”). Last year, he worked with the One South Africa Movement during the organisation’s preparations for the 2021 Local Government Elections in South Africa. He worked underneath the Chief Activist of the movement, Mmusi Maimane, who was Leader of the Opposition in South Africa from 2015 to 2019.

Daniel is studying here at Oxford as one of the Rhodes Scholars from South Africa. He is actively involved in student leadership at Oxford, as a member of the Graduate Consultation Group advising University management and the Student's Union, as well as being the Course Representative for the MPhil in International Relations. During his Undergraduate and Honour’s degrees, his research focused largely on conflict and peacekeeping in Africa, with his Honour’s thesis being on the topic, “The Gulf between National and Multinational: The Divergence between the African Union’s Peace Mandate and the Interests of Its Member States”. Here at Oxford, he is supervised by Prof Ricardo Soares de Oliveira, and he has turned his focus towards the matters of development and regional integration within South African foreign policy in southern Africa. 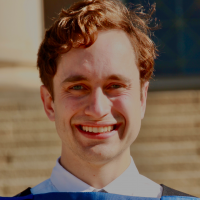