Humza Inam Jilani is reading for an MPhil in International Relations, with a focus on the evolving use of post-9/11 counterterrorism and counterproliferation sanctions and their impacts on global energy security and local humanitarian aid distribution. Proficient in Urdu, Modern Standard Arabic, and Spanish, he is especially interested in the application of US financial power in South Asia, North Africa, and the Persian/Arabian Gulf. His studies are funded by a Marshall Scholarship.

Outside of the classroom, Humza has tried to learn boxing through the Oxford University Amateur Boxing Club and enjoys exploring the Oxford scenery. 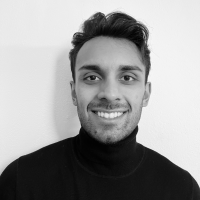