Kate Schneider is an MPhil Politics (Comparative Government) student focusing on Canadian and American comparative politics. Her research interests include the political development of race, state formation, colonialism, and the nature of state power. Outside of Oxford, Kate works as a reporter for the Investigative Journalism Foundation.

She is also the Editor-in-Chief of the Oxford Political Review, as well as the Director of Research and 2nd Vice President for Survivors to Superheroes, a non-profit based in New York that supports young survivors of sexual violence. 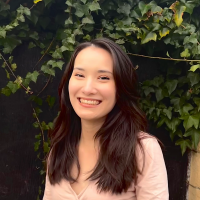