Léonard Colomba-Petteng is a PhD Candidate at the Center for International Research (CERI), based in Sciences Po Paris. He works on European security policies in the Sahel region, under the supervision of Professor Christian Lequesne. He is particularly interested in the decentering agenda in the literature on EU foreign policy. He conducted fieldwork investigations in Niamey, Agadez, Bamako, Paris, and Brussels.

Over the past three years, Léonard took part in a H2020 research project focusing on the European Union’s external action with areas of limited statehood and contested orders (EU-LISTCO). He also worked as an associate researcher of the European Council on Foreign Relations (ECFR) and taught Political Science at Sciences Po Paris. He is one of the ambassadors of the CIVICA alliance for the year 2021-2022, gathering eight leading European higher education institutions in social sciences.

Prior to this, Léonard was educated in African studies and developed an interest in EU studies at the University College of London (UCL). He completed an MA in International Relations at Sciences Po Paris and wrote his master thesis on French defense cooperation in Francophone Africa under the supervision of Professor Bertrand Badie. 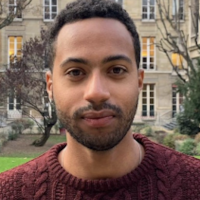