I am a USAF Acquisition Officer at Hanscom Air Force Base in Massachusetts in the US. I was previously a MPhil Candidate in International Relations. My research focused on outer space governance and regime building as well as the role of emerging technologies in international relations. Previously, I studied migration and its impact on military operations. I am a graduate of the United States Air Force Academy, having studied law and English literature as well as Russian. I previously interned with the Secretary of the Air Force General Council, working on military, international, and intelligence legal issues. In 2018, I was awarded the Holaday Scholarship to attend the University of Oxford. Following the successful completion of my degree, I will work as an acquisition officer in the United States Air Force. 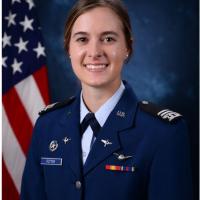