I have recently defended my doctorate in Politics. I have been based at St Cross College, supervised by Professor Gwendolyn Sasse.

I have long been intrigued by the question of how to manage ethnic diversity in our increasingly multicultural societies – diverse with ‘old’ and ‘new’ minorities. My doctoral project titled "The Many Faces of Autonomy: The Normalised Dynamics of Claiming 'Autonomy' Through a Creative Policy Game" examines how Hungarian minority political elites in Romania and Slovakia pursue autonomy through a strategy of creative claim-making across the policy areas of education, culture, language and regional development. I highlight the key role of the local level, kin-state support and EU funding schemes in promoting the pursuit of autonomy. My research has taken me on different trips to Slovakia and Romania for interviews with politicians, experts and civil society activists, along with visits to different newspaper archives. I was a visiting doctoral student at the Central European University's (CEU) Nationalism Program in Budapest, Hungary from Jan-Aug 2017.

I’m keen to maintain a link between the ivory tower and policy world, and to pass on good research and analytical skills to those whom I teach. I have taught different courses on EU and European politics to undergraduates, as well as qualitative research methods through the qualitative software NVivo to graduate students and researchers. I also successfully completed the "NVivo Expert" certification by QSR which allows me to train other NVivo users. Although I have mainly focused on qualitative research, I am also trained in quantitative methods and STATA.

Outside of my doctoral work, I was researcher for the EU-funded ETHOS Project which resonates with my interest on minority integration and authored the 4.4 Report “Trojan Horse Controversy: Mapping the Construction of Justice in UK Media” in 2019. After the DPhil, I collaborated as a Consultant for the Goldman Sachs' 10,000 Small Businesses (10KSB) Programme hosted by the Saïd Business School. At 10KSB, I further developed the curriculum taught to our business leaders which aims to promote business growth and job creation. I was also a Consultant for the International Labour Organization on a project researching how "e-formality" policies can promote the transition from the informal economy to the formal economy of both workers and economic units. I now work for the British civil service.

Before beginning my doctorate, I spent a few years working in Geneva, Switzerland for the United Nation’s International Labour Organization, as well as for its Budapest office. I worked on issues touching on employment and education, including a focus on the Roma. I completed my BA in Political Science at McGill University in Montreal, Canada. I also hold an MPhil in European Politics & Society from Oxford (Merton College).

I have also completed different professional development trainings including: 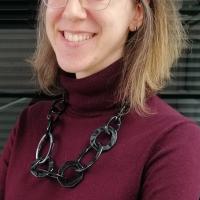