Tena Prelec (PhD, Sussex University, School of Law, Politics and Sociology) is a Research Fellow at the Department of Politics and International Relations of the University of Oxford. Her research focuses, broadly, on issues of good governance and anti-corruption, with a specific focus on how transnational kleptocracy is enabled by the global financial architecture. At present, she is conducting work on Russian foreign policy and illicit financial flows in collaboration with the University of Exeter, UK, while also looking into the specific form kleptocracy takes in South Eastern Europe as a Fellow of the Centre for Advanced Studies of the University of Rijeka, Croatia. She is also an established analyst on the Western Balkans, including as Region Head at Oxford Analytica, Research Associate at LSEE-Research on South Eastern Europe (London School of Economics and Political Science), and member of the Balkans in Europe Policy Advisory Group (BiEPAG). Other research interests include transnational authoritarianism, academic freedom, and the intersection between governance and geopolitics. She is part of the latest cohort of Marshall Memorial Fellows, the flagship leadership development programme of the German Marshall Fund of the United States.

Prelec, T. (2020), “Foreign Direct Investment in the Balkans: The Good, the Bad and the Ugly”, in The Balkans: New, Old Instabilities. A European Region Looking for its Place in the World, ISPI – Istituto per gli Studi di Politica Internazionale. Milan: Ledizioni-LediPublishing. pp. 96-113

Prelec, T., "‘Our brothers’, ‘our saviours’: The importance of Chinese investment for the Serbian government’s narrative of economic rebound". (to be published in autumn 2020) - funded by the National Endowment for Democracy & the Prague Security Studies Institute

Cooley, A.; Heathershaw, J.; Prelec, T.; and Mayne, T. "The Price of a World-Class Education: Foreign Donations, Influence and Reputational Risk in the US and UK Universities" (to be published in autumn 2020). - funded by the National Endowment for Democracy and by DFID through the Global Integrity programme

Soares de Oliveira, R., and Prelec, T., "Enabling African loots: Tracking the laundering of Nigerian kleptocrats’ ill-gotten gains in the United Kingdom". (journal article to be published in 2021) - funded by DFID through the Global Integrity programme

Furstenberg, S., Prelec, T. and Heathershaw, J. (2020), “The Internationalization of Universities and the Repression of Academic Freedom”, in Perspectives on “Everyday” Transnational Repression in an Age of Globalization, edited by Nate Schenkkan, Isabel Linzer, Saipira Furstenberg, and John Heathershaw, Freedom House.

Delević, M. and Prelec, T. (2020), “Flatter, faster, fairer – How to revive the political will necessary to make enlargement a success for the Western Balkans and the European Union”, Balkans in Europe Policy Advisory Group, January 2020

Prelec, T. (2019) “Caught in a vicious circle: How corrosive capital perpetuates state capture in the Western Balkans”, Sussex Centre for the Study of Corruption, 5 November 2019 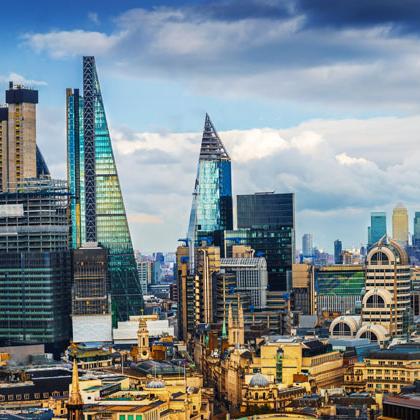 Where
Image
The Guardian

UK must radically reform to cease being haven for kleptocrats, report says

Where
Image
Center for Srategic and International Studies

It's Time to Act on Air Pollution in the Balkans