The Implications of the European Green Deal for the Middle East: lessons from the EU-Jordan relations 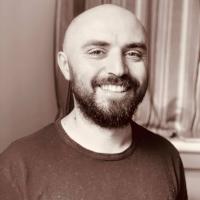 DATES
FUNDED BY
Image
Council for British Research in the Levant

With its Green Deal, the European Union (EU) committed to an action plan towards sustainable development. The Green Deal aims at a carbon free, socially inclusive economic system, in which economic growth is decoupled from resources use. In other words, it sets a concrete plan towards the transition to a circular economy. The EU Green Deal is, in other words, a set of policy initiatives by the EU Commission with the goal of transitioning the EU towards a climate neutrality in 2050. Certainly an important and ambitious target; however, to realise this vision, international and economic cooperation will be essential. At the same time, the Green Deal will have an impact on existing partnerships.

As due to its geographical proximity and close economic ties, the Middle East is going to be deeply affected by the Green Deal. It is in the interest of Europe’s Southern Neighbours to anticipate potential implications of the EU action plan, to be equipped to reap its benefits, to be up to newly defined standards, and to foresee potential short term negative implications. This is particularly important for countries in the Middle East that are poor of natural resources, such as energy and water resources, countries that will have these existing challenges further exacerbated by the impacts of climate change. This research will therefore take Jordan as a representative case study for the analysis of the implications of the EU Green Deal on the Middle East and on the Southern European Neighbourhood Policy (ENP).

The European Neighbourhood Policy has been a key partnership both for the EU and for the Middle East and North Africa (MENA) region and countries. This partnership governs the EU's relations with: Algeria, Egypt, Israel, Jordan, Lebanon, Libya, Morocco, Palestine, Syria and Tunisia, and to the East: Armenia, Azerbaijan, Belarus, Georgia, the Republic of Moldova and Ukraine. The goal of this partnership has been to support peace, stability, security, and prosperity within and around the EU, including in the MENA countries mentioned above. For the EU, in fact, the stabilisation of the region, in political, socio-economic and security-related terms, is the core of the reason behind the ENP. To ensure their stability, the EU has been committed to supporting the economic development of its partner countries, and “to improve the aspirations, hopes and prospects of the local population, while keeping a strong focus on good governance, democracy and the rule of law.” In practical terms, the EU has been implementing this vision through regional and bilateral programmes and projects in the countries involved in the partnership, including the Levantine ones.

In this context, the EU Green Deal will be a game changer. For its real and full implementation and achievement, the EU will rely on its existing partnership, and the ENP is its most important one. So how will it impact its relations with ENP countries? And how can the Middle East countries benefit from the transformation that is about to come? The case of Jordan will serve as an exploratory case study to start unpacking and unfolding the implications that may take place in light of such transformation.