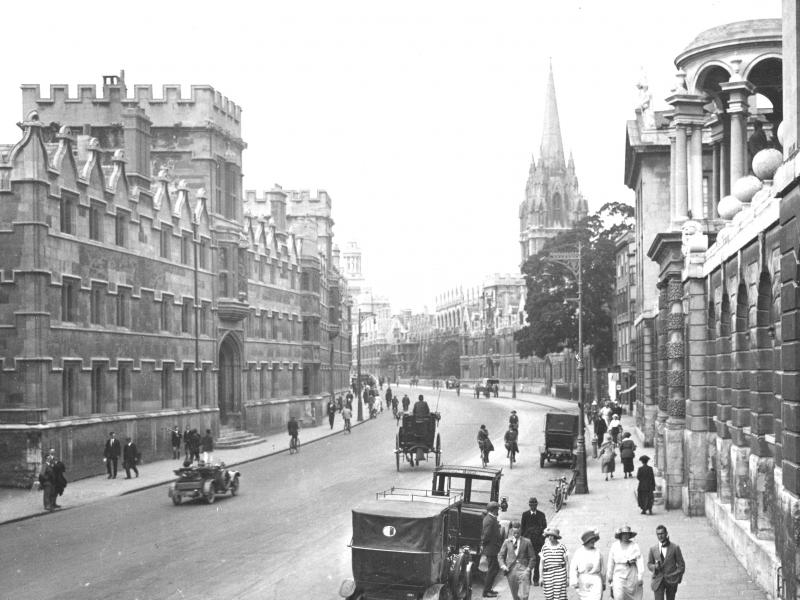 The study of politics, government and international relations at Oxford has a long and distinguished history.

In 1933 a sub-faculty for Politics was set up and, ten years later, the Chichele Chair in Social and Political Theory was established.

*A full list of key dates in the development of Political Science at Oxford can be found in the introduction of Forging a Discipline: A Critical Assessment of Oxford's Development of the Study of Politics and International Relations in Comparative Perspective by Christopher Hood, Desmond King, and Gillian Peele.

One hundred years of PPE

Oxford was at the forefront of laying the foundations for the inception of the disciplines of political science, history and philosophy in the UK.

In 1920 Oxford founded its Philosophy, Politics and Economics (PPE) Bachelors course—the first of its kind in the world.

Alexander Dunlop Lindsay, Jowett Lecturer in Philosophy at Balliol (from 1910) and Master (1924-1949), was responsible for proposing this new tripartite school of 'Modern Greats'.

Lindsay built upon the educational culture which Jowett shaped at Balliol to create an institution (PPE) based on the idea that higher education consists not in reinforcing our own biased opinions, but in studying among others unlike ourselves and learning to negotiate diverse ideas within a pluralistic society.
PPE: A Century of the 'Modern Greats'
Sam Wainwright

A home for Oxford Politics

In 2000 the Department of Politics and International Relations was established.

In 2020 Nicholas Owen and Petra Schleiter were elected Joint Heads of Department.

PPE: A Century of the 'Modern Greats'