PPE: A Century of the 'Modern Greats' 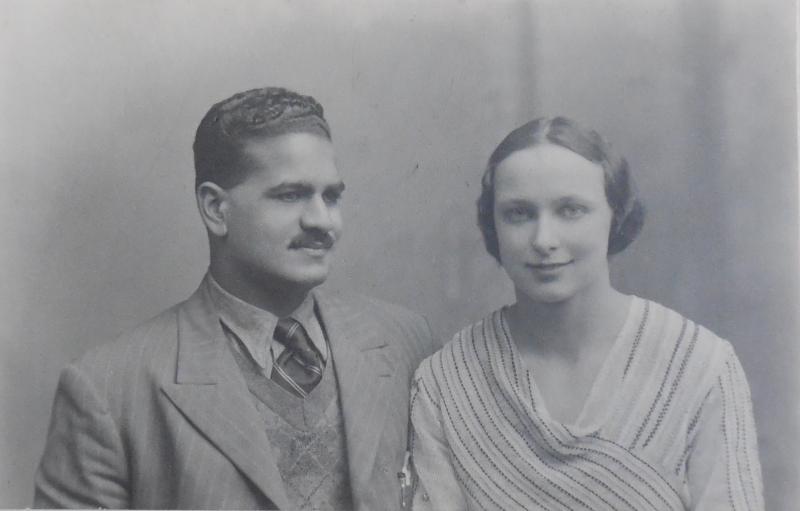 Before Personal Protective Equipment, for nearly a century, PPE always meant Philosophy, Politics and Economics. We are finding ways to celebrate the 100th anniversary of the subject being introduced at Oxford.

To mark the occasion, the University has commissioned a research project. A DPhil researcher, Sam Wainwright, and MPhil student, Lilly Schreiter, are currently going through Bodleian and college archives to find past exam papers, anecdotes about the early years of PPE and alumni stories. They are also looking at how the degree has spread to universities around the world, and how the public perception of the subject has changed over time. Here, the researchers, Sam and Lilly, give us a preview of some of their favourite discoveries so far.

Benjamin Jowett came to Balliol College as a scholar, aged eighteen, and remained there until his death, being Master from 1870 to 1893. Jowett once wittily remarked that he would like ‘to govern the world’ through his pupils. True to his aspiration, he attracted scholars from outside the United Kingdom — emigrants domiciled overseas, indigenous colonial inhabitants and foreign internationals. Moreover, he was convinced that it was ‘important to provide a means of giving the best education to the best intelligences in every class of Society’. It was in this spirit that Alexander Dunlop Lindsay was appointed as the Jowett Lecturer in Philosophy at Balliol in 1910 and, later, Master (1924-1949). Lindsay, like Jowett, was concerned with making education available to the best students, no matter their circumstances. ‘Greats’, the famous tripartite School over which Jowett had presided and from which Lindsay had graduated, was only available to students who had learned Greek or Latin.

If Oxford was to open itself to the best available applicants it needed a modern studies programme. Lindsay thus concerned himself in the proposal for a new School: Philosophy, Politics and Economics (PPE) or ‘Modern Greats’. Lindsay’s aim was to open first-class education to a wider demographic. He pursued the same ideal in his efforts to admit women to full membership at the University. Vera Brittain recorded, ‘when the preamble for the Women’s Statute was to be debated … young women queued outside the crowded Congregation House’, to gaze ‘with hero worship at their champions, Professor Geldart … and AD Lindsay’.

I have taken considerable pleasure in working on the PPE centenary project and, in particular, in researching the programme’s origins, aims and objectives. Lindsay built upon the educational culture which Jowett shaped at Balliol to create an institution (PPE) based on the idea that higher education consists not in reinforcing our own biased opinions, but in studying among others unlike ourselves and learning to negotiate diverse ideas within a pluralistic society.

Researching for the PPE centenary project has been a delightful experience. During the course of compiling alumni profiles, I was struck by the diversity of career paths pursued by former PPE students. Not only did the programme produce economists, historians and sociologists, but musicians, children’s writers, anthropologists and clergymen. The degree truly shaped extraordinary lives; the first British woman to take ordination into Tibetan Buddhism, Freda Bedi, studied PPE at Oxford (1929-1933). You can see a photo of Freda and her husband BPL Bedi, whom she met studying PPE, above. Alix Hester Marie Meynell, who studied PPE at Somerville College (1922-1925), became a long-standing civil servant. In 1925, she succeeded in the examination of the administrative grade of the civil service. It was the first time the examination was opened to women. Remarkably, the year in which PPE was introduced at Oxford—1920—was the same year in which female scholars were formerly accepted.

For this reason, I have become particularly invested in researching female PPE students. One hundred years later, Oxford’s PPE degree remains a thought-provoking, multidimensional intellectual foundation, which prepares its students for outstanding work and ground-breaking careers. Nevertheless, it is a letter to the editor of The Times, written on 8 April 1954 by Patricia James, that remains one of my fondest research discoveries. She wrote, ‘Sir, I think we should distinguish between “making use” of an academic education and “making money” out of it—the two are often confused. In bringing up four children, I make far more direct use of my philosophy, politics, and economics than my husband does of his Latin and Greek in the British Civil Service. Yours faithfully, Patricia James.’

In my research, I have highlighted alumni who turned their education into extraordinary professions. However, let us not forget that the degree touched many more lives, in ways that often escape the archive.

Sam and Lily's findings will form the basis of a PPE centenary website which will be launched in the autumn. There will be a virtual panel discussion featuring some well-known PPE alumni at the University’s Meeting Minds Global event on 12 September 2020. The topic will be ‘the global outlook for democracy’. Further details, including the names of our speakers, will be released nearer the time, so sign up to receive updates.