Delegation from the Indian Ministry of Defence at the DPIR 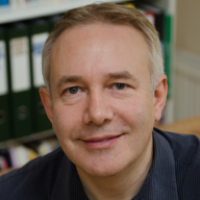 On 30 November, the Department of Politics and International Relations welcomed a high-ranking delegation of 25 Deputy Directors of the Ministry of Defence of the Republic of India. Under the title ‘Regional Stability, Governance, and Leadership in South Asia and Beyond’, members of the DPIR and participants of the GURUKUL Fellowship Programme introduced the delegation to the various aspects of India-related research, teaching and outreach undertaken at the Department.

Rakesh Arya and P.A. Praveen, who are among this year’s GURUKUL Fellows hosted by the Department, presented the programme and described in how far it has led to a change in their perspective as leaders in the Indian Police Service and the Department of Aerospace and Defence of the Government of Telangana, respectively. Richard Briant, who together with Stephen Whitefield coordinates the programme, emphasised the importance of a thematically broad and diverse perspective for global leaders, which the University of Oxford seeks to encourage.

Sam Daws, Director of the Project on UN Governance and Reform at Oxford’s Centre for International Studies, complemented this perspective by addressing ‘Global Governance and the United Nations’. He described the implications for South Asia of the current system of UN regional groupings for elections and political caucusing, and went on to review the array of governance challenges facing international organisations in a changing world, from the ‘pick and mix’ multilateralism of the G20, ASEAN, and the SCO; evolving threats such as cyber-attacks and transnational organised crime; and the need for the UN to partner more with regional organisations, the private sector and NGOs as it seeks to harness innovation in science and technology to meet the Sustainable Development Goals.

Studies of international bodies, such as the United Nations show that governance, while remaining an essentially contested concept, gains increasing importance in South Asia as well as in other parts of the world. Citizens and policy-makers are turning to international actors in times of crisis, and yet, no global solutions can be provided for regional scenarios of conflict and instability.

Thus, Lion Koenig, who organised the event, elaborated on the significance of cultural factors for regional cooperation in South Asia. His lecture, entitled ‘Governance for Peace’ emphasised the interpenetrating nature of both concepts and, drawing on the United Nations Development Programme (UNDP), highlighted an inclusive governance model that is based on responsive institutions, inclusive politics, a resilient society and partnerships between state- and non-state actors, international agencies, civil society, and informal service providers.

He concluded the careful consideration of cultural memory is one of the keys to regional stability in South Asia. Here, the media, educational institutions, and non-governmental organisations can play a central role in fostering exchange between hostile neighbours and bridging persisting perceptional gaps.

With its focus on the role of the United Nations, and on cultural aspects of governance, peace and stability, as well as its consideration of the insights from practitioners who test and often challenge the conclusions which academics arrive at, the event has been greatly appreciated by the delegation, contributing to a change in their own perspective as decision-makers. Participants benefitted from new and multifaceted ways of thinking about ways in which to enhance peace and stability, also taking into account soft factors, such as communication and cultural identity.

The Department of Politics and International Relations is looking forward to continuing the dialogue with the Indian Ministry of Defence in the future.