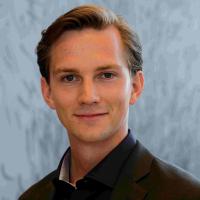 It is also aimed at rewarding the quality of the candidate’s proposal for doctoral work; and to provide support for the doctoral research of the recipient.

The International Relations Graduate Studies Committee made the award, which is a prize of £2,000.

Jakob focuses his research on territorial competition and his MPhil thesis considers island disputes – which, he shows, are a growing source of international conflict.

To explain when and why leaders press their claims to uninhabited islands and rocks, either violently or through diplomatic and judicial initiatives, Schram builds a typology of offshore bargaining and proposes the theory of ‘prize-value shocks’.

Over the past 70 years, he argues, leaders have seen islands as potential sources of future income, particularly of gas and oil. They have therefore acted on cues about the hydrocarbon potential in islands’ continental shelves.

He corroborates the argument with original data material, exploiting randomness in the success of exploratory drilling to tease out the ‘oil effect’ in island-dispute diplomacy.

I thank David Malone for this honour, and for his steadfast commitment to his discipline and alma mater.

Like most peace researchers, I’m a big fan of institutions. By honouring his parents in this way, Dr Malone has made a fine institution, recognising and encouraging young researchers

For his DPhil research, Jakob turns to another form of territorial disputes: contests between governments and peripheral ethnic groups over self-rule. He wants to tackle this issue because it underlies a vast number of civil wars, international crises, and massacres of civilians.

Jakob aims to break new ground by analysing the impact of ‘neighbour diplomacy’ – made important by the presence of borderlands – on state violence and separatist tactics.