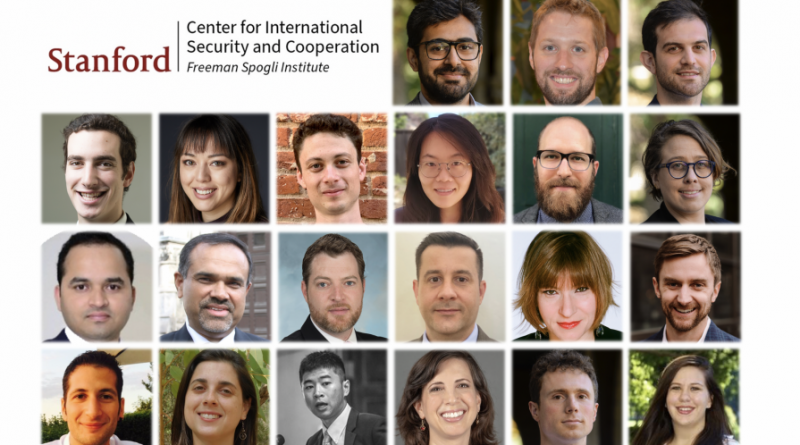 The Center for International Security and Cooperation (CISAC) has announced the fellows and researchers who will be joining them for the 2020-21 academic year and the list includes two names from the Department of Politics and International Relations.

Jeffrey Ding,  and Josh A Goldstein both DPhil candidates at the Department of Politics and International Relations will join CISAC as pre-doctoral fellows for the coming year. Ding’s research is focussed on how technological change affects the rise and fall of great powers. Through investigating historical cases of industrial revolutions, he is searching for causal mechanisms that connect significant technical breakthroughs to economic power transitions -- with an eye toward the implications of advances in AI for a possible U.S.-China power transition. Goldstein's research interests lie in international security, political psychology, and foreign policy decision-making.

Ding and Goldstein will join a cohort of multi-disciplinary scholars generating new knowledge across a range of topics in order to help CISAC in its mission to “build a safer world”. Since its founding in 1983, CISAC has helped scholars address the most critical security issues of the day by bringing together leading scholars in both the social and natural sciences to collaborate across disciplines and professional backgrounds. The centre which is always led by two co-directors—one from the natural sciences and one from the social sciences—conducts innovative research and shares its findings with policy makers and the public in order to illuminate an increasingly complex international environment.

CISAC grew out of the mass teach-ins that took place on campus during the Vietnam War and initially addressed Cold War issues such as nuclear non-proliferation research, particularly the study of international norms and ethics, and the Track II talks with China, North Korea, Pakistan and Russia. The organisation has evolved to focus on emerging challenges such as the study of terrorism, insurgency and homeland security as well as biosecurity, global health and "risks associated with our highly interconnected digital age."