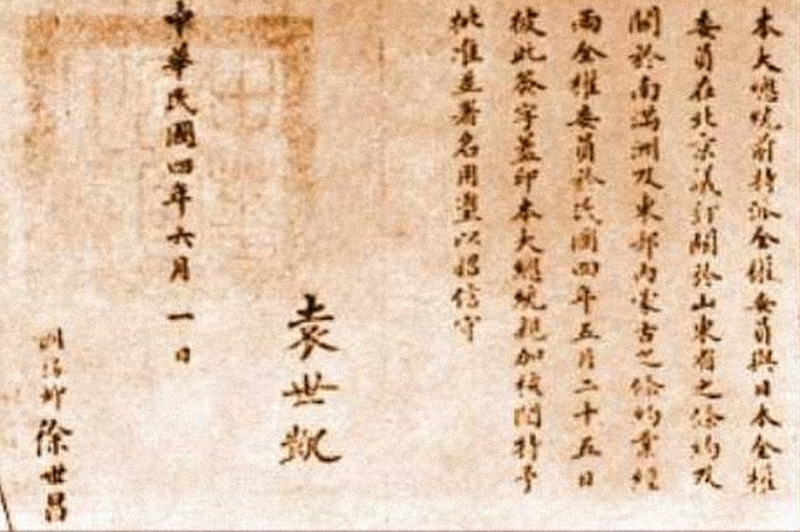 Professor Jeff Kingston, director of Asian Studies at Temple University Japan, has written an opinion piece for The Japan Times (7 March) entitled 'Centennial lessons for Abe from the '21 Demands'' that features comments from Rana Mitter.

Jeff writes that "[I]n 1915, the Japanese government presented '21 Demands' to the Republic of China at a time when that government was weak, financially dependent on Tokyo, and Europe was focused on auto-genocide," but that it "all blew up in Japan’s face".  He asks what would have happened if these demands had been met and China was turned into a "quasi-colony".

Rana is quoted as saying that any Japanese quasi-colonial rule would have lasted a generation at most, but probably less, and that, “the same thing that happened on 4 May 1919 — angry nationalist revivalism — would have happened, just a bit later than it did in practice.”  The Japanese would have faced, “an insurgent movement from within China (and) holding on to China — as the (World War II) period showed — would have been too expensive and difficult for Japan to manage.”

The full article can be read here: http://www.japantimes.co.jp/opinion/2015/03/07/commentary/centennial-lessons-abe-21-demands/#.VQ__Lo6sWCl