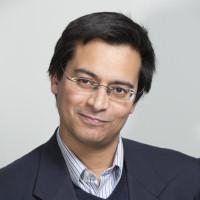 Rana Mitter has been announced as one of the judges for the 2015 award of the prestigious Samuel Johnson Prize for Non-Fiction, the UK's leading prize for non-fiction writing.

Rana joins Associate Editor at The Economist Emma Duncan, New Scientist Editor Sumit Paul-Choudhury and former Controller of Film and Drama and head of Film 4 Tessa Ross on the panel, which will be led by Pulitzer prize-winning historian and journalist Anne Applebaum.

The longlist for the prize will be announced in September and the shortlist in October, with the winner of the 2015 award being unveiled on November 2nd. The 2014 winner was 'H is for Hawk' by Helen Macdonald.

More information about the prize and the judging panel can be found on their website: http://www.thesamueljohnsonprize.co.uk/node/417