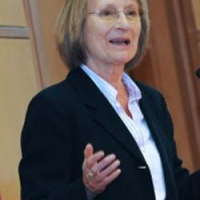 Books by Professor of the History and Politics of Modern China Rana Mitter and Senior Research Fellow in International Relations Rosemary Foot have been named in Foreign Affairs list of Best Books of 2021.

'It's an honour to have China's Good War named by Foreign Affairs in their Best of Books list for 2021,' said Rana.

'I've been very pleased by the warm welcome for the book from scholars, and this recognition suggests that policymakers have also found its conclusions valuable in the urgent task of understanding the role of history-based nationalism in Chinese foreign and domestic policy.'

Using the concepts of beliefs, power, and image Rosemary’s book China, the UN, and Human Protection: Beliefs, Power, Image explains how China has responded to the UN’s focus in the post Cold War era on human protection — an idea that Beijing finds controversial given its state-centric vision of world order.

'I am delighted to read that my book has been included in the Foreign Affairs listing for 2021,' said Rosemary.

'And I am in very good company with good DPIR colleague and friend Rana Mitter also having his book recognised.'

The books were among more than 30 selected by the editors and book reviewers of the American magazine of international relations and US foreign policy.

Last month Rana’s book was also awarded the title ‘Most Accessible and Captivating Work for the Non-Specialist Reader Accolade’ at the 2021 International Convention on Asia Studies (ICAS) Book Prize.

He is currently working on a new book supported by a Leverhulme Major Research Fellowship. Titled The War that Changed Asia, it is a study of China’s changing role in the years 1945-55, and reassesses a range of issues from China’s role in shaping ideas of international economic development to the rise in revolutionary identity that accompanied the civil war and communist victory of that era.