Yaacov Yadgar’s research revolves around issues of Jewish identity, religion, politics, and secularism. He focuses on placing Israel in theoretical and epistemological frameworks that bear obvious relevance beyond the specific case history. His scholarship is multidisciplinary, encompassing Jewish, political, cultural, religious, and media studies. He concentrates on Israeli socio-politics (especially Israeli Judaism) and on the epistemological, historical, and political dimensions of Israeli identity.

Before joining SIAS in 2017, Yaacov Yadgar taught at the Bar-Ilan University.

Yaacov Yadgar’s research revolves around issues of Jewish identity, religion, politics, and secularism. He focuses on placing Israel in theoretical and epistemological frameworks that bear obvious relevance beyond the specific case history. His scholarship is multidisciplinary, encompassing Jewish, political, cultural, religious, and media studies. He concentrates on Israeli socio-politics (especially Israeli Judaism) and on the epistemological, historical, and political dimensions of Israeli identity.

Prof Yadgar’s current research interests deal with what is commonly known as “religion and politics” in Israel. His work challenges a misconceived epistemological framework in which these topics are commonly discussed, and analyses the ways in which the theopolitics of the Israeli nation-state negotiates with Jewish traditions that preceded Political-Zionism and the state. He also studies the ways in which this issue shapes the broader politics of the Middle East.

Prof Yadgar’s two most recent books, Israel’s Jewish Identity Crisis: State and Politics in the Middle East (Cambridge University Press, 2020) and Sovereign Jews: Israel, Zionism, and Judaism (SUNY Press, 2017), revolve around a basic question of the Israel polity: What is the meaning of Jewish sovereignty in Israel? This fundamental question, which ultimately revolves around Zionism’s charged relation with its own Jewish roots and Israel’s subsequent unresolved claim to a non-religious Jewish identity stands at the core of Israeli socio-politics and shapes the politics of the Middle-East at large.

In Sovereign Jews Yadgar argues that a central key to understanding the alleged convoluted relationship between “religion and politics” in Israel is the State of Israel’s interest in maintaining its sovereignty as the nation-state of Jews. This creates a need to mark a majority of its population as Jews and to distinguish them from non-Jews. This leads the sovereign, supposedly secular state, to apply a narrow and problematic interpretation of Jewish “religion” as a central political tool for maintaining a Jewish majority and its sovereignty. The book argues that the Israeli nation-state’s unresolved relationship with its own claim to a non-religious Jewish identity is a key to comprehending not only the intricacies of intra-Jewish socio-politics, but also Israel’s positions and actions in international affairs.

In Israel’s Jewish Identity Crisis Yadgar studies the implication of Zionism’s and Israel’s charged attempts to understand their claim to Jewish identity. Yadgar argues that both Zionist ideology and Israel’s policies have largely failed to construct, as allegedly was their want, a viable national identity that is independent of what they themselves viewed as “Jewish religion.” Instead, the State’s definition of Jewish politics tends to revolve primarily around a “biological,” quasi-racial logic of majority and minority. This logic in effect conditions the viability of “Jewish politics” on the existence of a majority of Jews, whose (Jewish) identity is defined and understood primarily as a matter of their “natural” origin. The book offers offers a novel analysis of the interplay between Israeli nationalism and Jewish tradition, arriving at a fresh understanding of the Israeli-Palestinian conflict through its focus on internal questions about Israeli identity.

Prof Yadgar’s earlier books, Secularism and Religion in Jewish Israeli Politics: Traditionists and Modernity (Routledge, 2011; a revised and updated version of a Hebrew book titled Masortim in Israel: Modernity without Secularization (Hartman Institute and Bar-Ilan University Press, 2010)) and Beyond Secularism: Traditionism and the Critique of Israeli Secularism (Van-Leer, 2012), as well as various additional articles, revisit issues of secularisation, tradition, modernity, ethnicity, and nationalism in a Jewish-Israeli context. These studies do so through an investigation and reformulation of what he terms “a traditionist stance” (a neologism offered as a translation of the Hebrew masortiyut), that should be distinguished from both secularity and conservative orthodoxy. In the Israeli context, the traditionist stance nourishes on Mizrahi and Sephardic constructions of modernity that, critically, are not seen by its practicing agents as essentially conflicted with tradition. Yadgar argues that a traditionist stance offers an epistemology that transcends the binary and dichotomous conceptions put forward by the discourse of secularisation and modernisation. A traditionist epistemology provides a unique perspective on issues of religion, tradition, secularism and modernity in Israel and beyond.

Prof Yadgar’s previous research focused on issues of identity, nationalism, culture and media, viewed mostly from the Jewish-Israeli case study. His book, Our Story: National Narratives in the Hebrew Press (Haifa University Press, 2004, in Hebrew) offered an interpretive study of the development of Jewish Israeli national identity, as reflected in the Hebrew press’ narration and construction of political reality. His other publications offer analyses of Israeli identity and cultural structures, through the examinations of predominant symbols, major political issues, and critical events in Israeli history. 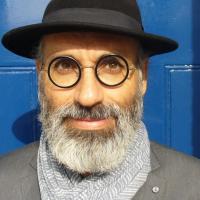 With Noam Hadad, “Nation-Statist Soteriology and Traditions of Defeat: Religious-Zionism, the Ninth of Av, and Jerusalem Day”. Politics and Religion, Online first 26 January 2022, 1–20.

With Noam Hadad. “A Post-Secular Interpretation of Religious Nationalism: The Case of Religious-Zionism.” Journal of Political Ideologies, Online first, July 2021: 1–18.

With Eskandar Sadeghi-Boroujerdi, “Jalal’s Angels of Deliverance and Destruction: Genealogies of Theo-politics, Sovereignty and Coloniality in Iran and Israel,” Modern Intellectual History, 2019, 18(1), 223-247.

“Overcoming the ‘Religion and Politics’ Discourse: A New Interpretation of the Israeli Case”. Journal of Religion and Society 16, 2014.

“From Within and from Without: National Identity in Israel and Its Reflection in the Changing Images of the National Other.” Democratic Culture: In Israel and in the World 12, 2011, pp. 197-234.

“Between ‘the Arab’ and ‘the Religious Rightist’: ‘Significant Others’ in the Construction of Jewish-Israeli National Identity”. Nationalism and Ethnic Politics 9(1), pp. 52-74, 2003.

“Intellectuals and Tradition: The Case of Journalists and National Tradition in Israel, Kesher, pp. 27e-36e, 2002 [Bilingual edition of the Journal].

For a full list of publication (and links to full texts) go to: