The Consequences of Political Trust for Redistribution Preferences 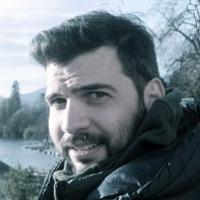 It is received wisdom that trust in politicians and political institutions matters. At the very least, politicians seem to seek trust: most recently, the 2019 UK General Election was called the 'trust election' and Boris Johnson, in his victory speech, said that everything he and the Conservatives do would be 'devoted to repaying the trust' invested in them. Despite this, academic research has accrued very little evidence for whether political trust matters, devoting most of its effort to understanding what causes trust. This proposal seeks funding for a set of survey experiments in the UK to understand how political trust causally affects citizens' redistribution preferences - for instance, whether people want more or less spending on things like the NHS, pensions and unemployment support. The established hypothesis is that more political trust leads to preferences for more social spending. Challenging this common hypothesis, the experiments also test whether trust instead leads people to support the status quo - whatever the government is doing at the time. If this latter hypothesis is correct, this has implications for the academic work in that it contradicts established wisdom, and for social science's ability to explain and indeed shape individuals' fundamental preferences over policy.