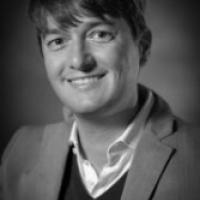 This Economic and Social Research Council (ESRC) project aims to fill an important gap in existing scholarship by studying how organized crime and Islamist insurgency drove each other in Tripoli during the Lebanese civil war of the 1980s and urban violence of the 2000s and 2010s.

It will contribute to broader knowledge about the dynamics of the Lebanese civil war and urban violence outside of the capital. It also gives a greater understanding of the causes and consequences of the relation between gang violence, insurgent groups and the political economy of conflict.

The project has been delayed by the Covid-19 pandemic and it is hoped the request for an additional two month’s funding from the John Fell Fund will allow the completion of data and achievement of key deliverables.

This will include two journal articles on the nature of crime-terror interactions and two documentaries on conflict and organized crime in Lebanon. It will also allow for the application of a five-year research project on Islamist insurgencies with the ESRC.