The Past, Present and Future of America's Commitment to the Middle East 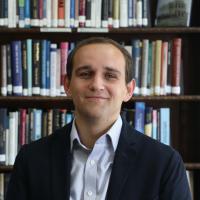 Why has the United States found it so difficult to disengage from the Middle East since 9/11? For over two decades, American blood and treasure has been invested disproportionately in a region of declining strategic importance to US interests.

Following the withdrawal from Afghanistan, it is time to ask why it took so long to bring the era of "endless war" to an end, and why the broader US footprint in the region has barely shifted. The existing literature has established the scale and costs of this overcommitment, yet it has largely overlooked the reasons why successive administrations have failed to adjust to changing geopolitical realities and remains divided in its prescriptions for a course correction.

This project fills these gaps through two complementary initiatives. First, a collaborative workshop will bring together a diverse range of scholars to explore the prospects and implications of adopting a policy of retrenchment in the Middle East. Second, a solo-authored effort will lay the conceptual and empirical foundations for a deeper examination of the roots of America's overreach in the region, emphasising the underappreciated significance of domestic constraints in limiting shifts in grand strategy.

Drawing on archival research and elite interviews, this initiative challenges dominant understandings of US grand strategy, which focus overwhelmingly on geopolitical considerations, instead unpacking the nuanced ways in which domestic political pressures have frustrated attempts to do less in the region.

Taken together, these initiatives will make strong contributions to the literature on grand strategy, bringing insights from adjacent fields to a topic of immense intrinsic historical interest. They also have policy relevance.

At a time when the US is increasingly occupied by China's emergence as a peer competitor, this research will help facilitate a more rigorous diagnosis of American overextension and offer recommendations for a rebalanced strategy.