COVID Research - The buck stops elsewhere: authoritarian resilience and the politics of responsibility for COVID-19 in Russia 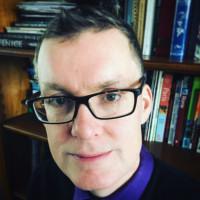 Professor of Politics Stephen Whitefield and Professor of Russian and East European Politics Paul Chaisty’s paper looks at the effect COVID-19 has had in Russia and the Government’s handling of the pandemic.

The paper also explores the Russian Government has been judged by its citizens in their response to the pandemic and the policies introduced as a result.

How did the Russian government deal with popular dissatisfaction from the effects of COVID-19 and the policies it adopted in its wake? And how successful was President Vladimir Putin in evading blame given that Russia is de facto highly politically centralized under the president? We analyze data from a national probability sample of Russians conducted following the first wave of the pandemic in July/August 2020. Our results indicate that Putin’s blame-deflecting strategy appears to have been broadly but not entirely successful.

The buck stops elsewhere: authoritarian resilience and the politics of responsi…
tandfonline.com