Alice A Yu is currently reading for a MPhil in International Relations with an aim to study interstate human rights collaborations and policies, specifically those addressing cross-border human trafficking. She graduated from the University of Missouri with a Bachelor of Journalism and Bachelor of Arts in psychology, as well as minor degrees in business, piano performance, political science, and leadership & public policy. During her undergraduate studies, Alice was involved in advocacy and identity-based student organisations. She served as the president of the University of Missouri's Asian American Association and later as the executive chair of the 501(c)3 non-profit organisation, Midwest Asian Pacific Islander Desi American Students Union. Alice also served with the Missouri Commission on Human Rights as an intake officer and with Columbia, Missouri's Refugee and Immigration Services as a media producer.

Alice is a Rotary Global Grant Scholar from District 6080 of southwest and central Missouri, and is supervised by Dr Carl Müller-Crepon. She is interested in studying the language and effectiveness of multilateral treaties with a regional focus in Asia and the East Pacific. 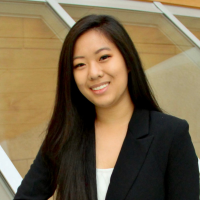