Ishrat is a Commonwealth Scholar (2016) pursuing her DPhil in International Relations as a member of Linacre College. Her research lies at the intersection between comparative and international politics and focuses on the politics of ethnicity, conflict and refugee movements. Her doctoral project investigates the impacts of large-scale refugee influx on the ethnic relations of the host country through the case of the Rohingya refugee crisis in Bangladesh. It examines how ethnoreligious minority groups respond to intercommunal tensions and navigate security and social challenges induced by refugee movements through minority civic institutions. Ishrat uses comparative historical analysis and ethnographic fieldwork among minority groups in Bangladesh to capture variation in intergroup relations and crisis response strategies. Her research has been funded by the Oxford International Seed Fund, Commonwealth Scholarship Commission, Oxford-Burma Visiting Fund and, Cumberland Lodge among other institutions.

Before starting her DPhil at Oxford, Ishrat worked as a public information expert and political analyst, most recently as the Head of Communications at UNDP Bangladesh's Country Office. Prior to joining UNDP, Ishrat worked briefly as the Political Advisor to the German ambassador in Bangladesh.

She received her BA and MA degree in Literature from the University of Dhaka and a second MA in International Relations from the Australian National University (ANU), Canberra where she was an Endeavour scholar. She graduated with first-class honours from ANU in 2013 and wrote an award-winning thesis on Burmese foreign policy restructuring and its impact on Bangladesh-Myanmar relations.

Ishrat is an Associate with the German Institute for Global and Area Studies since 2020 and will be a Visiting Fellow at the Centre for Fundamental Rights at the Hertie School, Berlin in 2022.

Ishrat's areas of expertise include 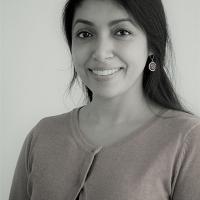