Katherine has worked for the UK and Canadian civil service as a policy and strategy advisor for trade and environmental negotiations, on projects such as the Canada-EU Trade Agreement (CETA) and the UNFCCC COP26 Glasgow summit. Katherine has also worked as Vice-President of the Alma Mater Society of the University of British Columbia in government advocacy. She has extensive political experience working on campaigns in both Canada and the UK. In 2019 Katherine was elected to local office in Oxfordshire at Cherwell District Council. She has acted as leader of Progressive Oxfordshire: a cross-party group of Greens, Independents and Liberal Democrats.

Katherine contributed as a data collector and analyst to the Oxford COVID-19 Government Response Tracker at both country and sub-country level along 23 indicators. At the sub-country level she led on British Columbia, resulting in the published working paper 'Variation in the Canadian provincial and territorial responses to COVID-19'. Katherine previously worked as a Research Officer for the Global Economic Governance Programme under the Principal Investigator Dr Emily Jones contributing to an Oxford University Press publication 'The Political Economy of Bank Regulation in Developing Countries: Risk and Reputation'. She has also worked for the Centre for International Studies at Oxford managing their communications. Prior to moving to the UK, Katherine worked as a Research Assistant for Dr Alan Jacobs at the University of British Columbia.

Katherine has been supervised by Professor Kalypso Nicolaidis and Professor Neil MacFarlane. 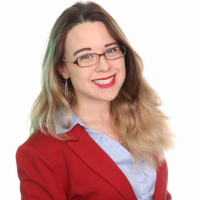