Malcolm Deas graduated from New College with a First in modern History in 1962, and was a Fellow of All Souls College from 1962-1966. he was one of the original staff of the Latin American Centre, founded at that time by Sir Raymond Carr with support from the Ford Foundation, and was a Fellow of St Antonys College and University Lecturer in the Government and Politics of Latin America from 1966 until his retirement in 2008. For a number of stretches he was also Director of the Centre, and for approaching fifty years he has taken a particular interest in building up the Universitys Latin American collections, in the Bodleian Library and in the Centre. (The author and subject card catalogue still in the Centre was the first attempt in Oxford at an all-library catalogue, anticipating the Universitys OLIS by a couple of decades, and is still not entirely superseded.)

Oxfords Latin American holdings have great historical depth they include the Codex Mendoza and are among the largest in Europe. His own research has been chiefly on the nineteenth and twentieth century history of Colombia, where he first spent two years in 1964 and 1965, and where he has been a frequent visitor and resident since. He has written on caciquismo, the history of taxation, civil wars, coffee, insecurity and its economic consequences, the interaction of local and national politics, the interpretation of violence and many other themes. He has also made incursions into the history of Venezuela, Ecuador and Argentina. His chief publications are listed below. The setting up of the Latin American Centre at St Antonys ended Oxfords previous indifference to the region for the few exceptions to that indifference see the list of past theses on the LAC website and began an unprecedented flow of graduate students from the region. Malcolm considers himself fortunate in having had as supervisees an extremely able number of these, from Colombia, Argentina, Mexico, Venezuela, Chile, Ecuador, Guatemala and Nicaragua as well as from the United Kingdom, the United States, Canada, Germany and even France.

Since its inception in 1974 he has managed the Andrs Bello Visiting Fellowship at St Antonys, endowed by the Banco Central de Venezuela. This has, without a break, brought mid-career scholars in the social sciences and the humanities for a years writing and research in Oxford. He has at times contributed to The New Statesman, The Listener, The Spectator, The London Review of Books and The Times, for which last he wrote the leaders on Latin America for five years from the end of the Falklands War. He also gave evidence to the House of Commons Foreign Affairs Committee on the origins of the dispute. He served for a decade as Managing Editor of the Cambridge University Press monographs on Latin America, during which time the majority of the titles in that series appeared. (Ten years of dealing with authors he felt was enough.) From 1990 to 1994 he was an advisor in Colombia to President Csar Gavirias Consejera de Seguridad y Defensa, which worked to design policies to reduce Colombias high levels of violence. For this he was awarded Colombias Cruz de Boyac, and an O.B.E. . He is also a member of the Orden Andrs Bello (Venezuela) and the Orden de Mrito (Ecuador). He has an Honorary Doctorate from the Universidad de los Andes, Bogot. He was the Universitys Senior Proctor, 1986-1987, and is an Emeritus Fellow of St Antonys College. 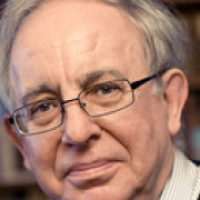 
He also edited with Efran Snchez and Aida Martnez a collection of watercolours of Colombia in the 1820s and 1830s, Tipos y costumbres de la Nueva Granada, ed. Fondo de Cultura Cafetera, Bogot, 1989, and wrote the prologue to Edward Walhouse Mark Acuarelista, Banco de la Repblica, Bogot, 1997. He has lectured on the history of photography in Colombia, and with Beatriz Gonzlez and the staff of the Museo Nacional in Bogot helped mount the exhibition that marked the centenary of the last formal civil war, the Guerra de los Mil Das, 1899-1902, the first exhibition in Colombia commemorating an event in post-independence republican history.