Dr Marina Pérez de Arcos is a Research Associate at the Department of Politics and International Relations. She has recently been appointed Head of Politics at Forward College – Europe, a new higher education institution partnered with the London School of Economics, with campuses in Lisbon, Paris, and Amsterdam. She is also Forward’s Head of Institutional Relations.

Marina has taught PPE finalists and lectured in International Relations at Oxford for eight years. She is co-founder of the Global Thinkers Project, Oxford, which aims to revive silenced voices that have been excluded from the canon of International Relations due to biases of language, region, and gender. The project won a John Fell Fund Award and made it to the shortlist of three for the Vice-Chancellor’s 2020 Diversity Awards. The Global Thinkers Team at DPIR is currently working on a research article and an edited volume.

Marina is also working on a monograph provisionally titled Spain, NATO and the European Community (1982–1986), and on a second book project about Spanish humanitarianism and European royal humanitarian networks in the First World War.

Her research has been published in top-tier Spanish and English-language academic journals, including the International History Review, Contemporary European History, Hispanic Research Journal, La Revista de Occidente, and the Bulletin of Spanish Studies. She won the James Whiston Memorial Prize (best article of the year published by the Bulletin of Spanish Studies) for her research on British cultural diplomacy in Spain during the Second World War. She has also won the Federal German Chancellor Willy Brandt Foundation’s 2021 Research Award.

Marina was the founding coordinator of the Spanish Studies at Oxford programme, housed at the European Studies Centre, a multidisciplinary programme bringing together all Spain-related research at the University of Oxford. She has convened several seminars and invited top speakers, including Vice President of the European Commission and Commissioner for Competition Joaquín Almunia and President of Spanish National Heritage, Alfredo Pérez de Armiñán. She has organised several Spain-related international conferences at Oxford, including the Oxford Sorolla Day (the first collaboration between the Bodleian Library and the National Gallery) and the Osma Day, the first pan-university symposium to honour a Spaniard at Oxford.

She earned her MPhil and DPhil in International Relations at DPIR. Her doctorate focused on Spain’s three key foreign policy issues after Francoism: rebalancing relations with the United States, Spain’s 1986 NATO referendum, and negotiations to join the European Economic Community. She consulted and declassified materials from over fourteen archives across the United States, Britain, Spain, Germany, France, Italy and Portugal, and interviewed senior policy makers, including US Secretary of State George Shultz, Spanish President Felipe González and NATO Secretary General Javier Solana.

Marina was among other awards, winner of the Vice-Chancellor’s Osma Studentship, the Santander Humanities Award, the Rothermere American Institute’s Politics Scholarship - she was the first Hispanic ever to win the scholarship, the Charterhouse Scholarship, the Cyril Foster Studentship, the Department of Politics and International Relations Studentship, as well as the St Cross College Award during the doctorate. She studied History (First) and Economics at the University of York, where she earned the highest marked undergraduate dissertation for her fieldwork in Medellín, Colombia.

She is regularly asked to comment on European politics and foreign affairs related matters for English and Spanish-speaking media outlets, including the BBC, RTVE (Spain), El Clarín and La Nación (Argentina).

She is a Trustee and Head of Scholarships of the BritishSpanish Society, an over-hundred-year-old charity that promotes educational and cultural links between Britain and Spain. Her role involves working with corporate sponsors and talented young scholars.

She has held Fellowships at Humboldt University Berlin, the New University of Lisbon, and Sciences Po Paris.

Marina is a polyglot and has policy experience at municipal, ministerial and presidential levels in France, Britain, and Spain. 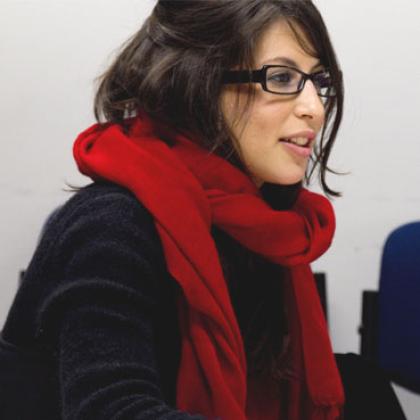 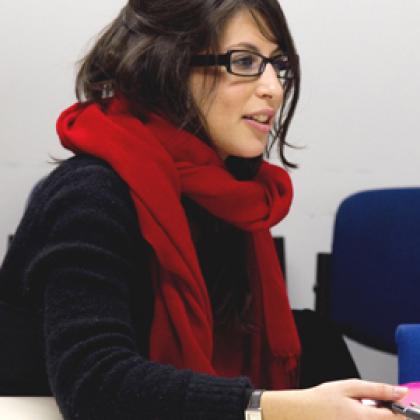