Raquel Chanto is a doctoral candidate at the University of Oxford. Her research focuses on the relationship between the expansion of the global middle class and the fight against corruption. Previously, she served as political analyst and adviser to the President of the Republic of Costa Rica, the Secretary for Political Affairs at the Organization of American States (OAS), the Ibero-American General Secretariat (SEGIB), and the Costa Rican Ministry of Foreign Trade. She has been a member of electoral observation missions (EOM-OAS) in Peru, Mexico, Ecuador, the Dominican Republic and El Salvador. Raquel holds a Master's degree in Public Affairs from Princeton University and a Law degree from the University of Costa Rica, and has been awarded a Fulbright scholarship, a graduate scholarship from St Catherine's College at the University of Oxford, and the Wallace Watson Career Scholarship. 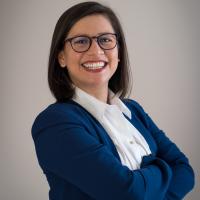