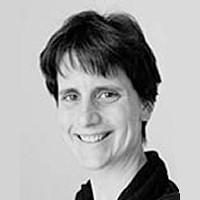 Cecile Fabre and Kalypso Nicolaïdis are taking part in Twelve Stars: New Thoughts for Europe, an innovative and interactive initiative bringing together citizens and practical philosophers in online debates about the future of the European Union.

Twelve Stars is an exercise in “philosophy in practice” in which thinkers and citizens meet to share opinions and perspectives on the European Project. The motivation behind the initiative is that philosophical thinking and argumentation, when presented in an accessible way, can help creating a constructive dialogue, and identifying common ground in controversial debates.

As part of a debate on Reddit's /changemyview community, Prof Nicolaïdis argued that the “unelected elite” in Brussels may be better at formulating sustainable European policies than short-term obsessed national politicians, while Prof Fabre led a discussion on why the EU needs its own, independent armed forces.

A book of essays is to appear in the run-up to the European Parliamentary elections, in late May 2019.