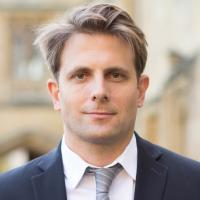 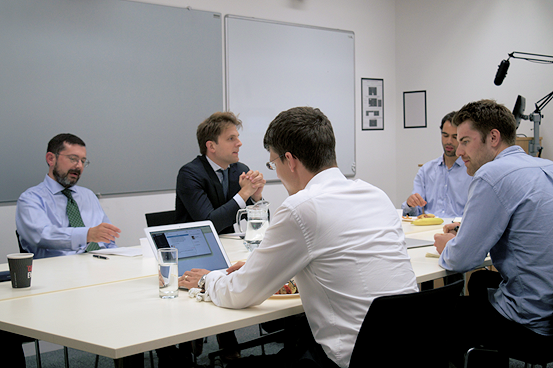 On 8 June, the Cyber Studies Programme hosted Conrad Prince for a Lunch Seminar on ‘UK Cyber Security – Next Steps,’ chaired by Dr Lucas Kello. Mr Prince is the UK Cyber Security Ambassador in the Defence and Security Organisation, which is part of UK Trade and Investment. He also works with the Department of Culture Media and Sport and the Cabinet Office to develop the UK’s cybersecurity industry. Prior to his current appointment, he served as deputy head of the UK Government Communications Headquarters (GCHQ).

Mr Prince reviewed key components of the United Kingdom’s Cyber Security Strategy and considered successes and challenges in the country’s quest to become a global leader in the realm of cybersecurity.

The seminar also explored future developments in national policy, specifically, the country’s new strategy document that will be released this summer. In this regard, the forthcoming strategy document will include a number of important new initiatives such as the launch of a National Cyber Security Centre and other measures designed to increase the ability of government and businesses to defend against current and emerging cyber threats.

Key concerns raised during the seminar’s question and answer session included problems of strategic adaptation to cyber threats, the challenges of effective government regulation of the private sector, and the development of greater offensive capabilities by the United Kingdom and other nations.