Life After DPIR - Mr Peter Moyes on a career in management 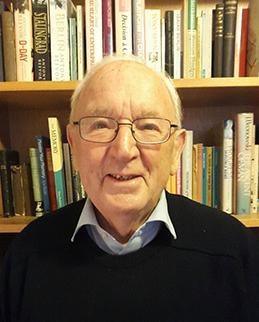 In its lifetime from 1910 to 1967 the Oxford University Diploma in Economics and Political Science benefited hundreds of mature students in both academic and career terms. For many of us obtaining the diploma literally transformed our lives in ways we had never imaged possible.

Most of us who gained the diploma left school at 14 or 15 to enter the world of work and hardly any of us had academic ambitions or pretensions. I left technical college at 15 and became a radio service engineer.

Some of us studied vocational subjects at evening classes for our careers. Many had dead end jobs. Most had humble backgrounds. When a teenager the most I knew about Oxford was it took part in a yearly boat race!  I certainly never expected to go there.

In 1975, when I obtained my diploma, 26 of the 31 entrants from Ruskin also did so. Five of us secured places at Oxford colleges to read for a full PPE degree and three pursued academic careers after graduating. About the same number went to other universities or teacher training.

Some went back to their roots with a fresh perspective and sense of purpose they got from the exposure to the academic excellence of Oxford. Some embarked on new career paths their knowledge made possible. These included aspiring politicians.

Ruskin College provided the bulk of the candidates for the diploma. It was and is an independent adult educational institution but the majority of its students were predominantly of a labour movement disposition. As a result Ruskin students took to the diploma subjects, particularly the politics ones, like ducks to water. They blended what they learned academically to their grass roots experiences.

Two of the great and the good that obtained diplomas were John Prescott and Baroness Lockwood. But they are simply at the top of the apex. At all levels and in so many ways diploma holders have contributed a great deal to society.

To my knowledge three became Oxford Fellows. Any number ended up in Parliament. Some became Euro MP’s. Two served as general secretaries of the TUC. Many became trade union officials. Education and further education attracted some. It really is amazing how many pop up in all occupations and walks of life, political and non-political, voluntary as well as vocational.

One of my pet theories is that Oxford University has a Whig kind of streak that remarkably enabled it to open up, what I understand was originally a post graduate diploma, to admit the great unwashed. It deserves great credit for doing so.

I personally am eternally grateful it did. It opened the door to university for me with all its intellectual richness and perspective that still pervades my life. In my case it also led to a successful career in management and writing my first book “Fantasy or Reality” on management at the young age of 85!  But then like other ex-Ruskinites and mature students I was late developer and obviously remain so!