Ranjit Lall is an Associate Professor of International Political Economy and a Fellow of St. John's College at the University of Oxford.

His research focuses on the political economy of international cooperation, development, and technological change. His forthcoming book Making International Institutions Work seeks to understand why some international institutions perform better than others. He also has methodological interests in machine learning and the analysis of missing data.

He received his PhD in Government from Harvard University and his BA in Philosophy, Politics, and Economics from the University of Oxford. He has received the Merze Tate Award for best dissertation in the field of international relations, law, and politics from the American Political Science Association and the Leamer-Rosenthal Prize for Open Social Science from the Berkeley Initiative for Transparency in the Social Sciences.

Before beginning his graduate studies, he worked as an economist at the Bank of England and an editorial writer at the Financial Times. 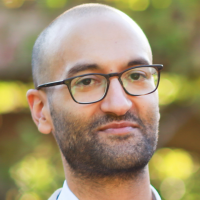