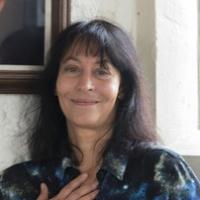 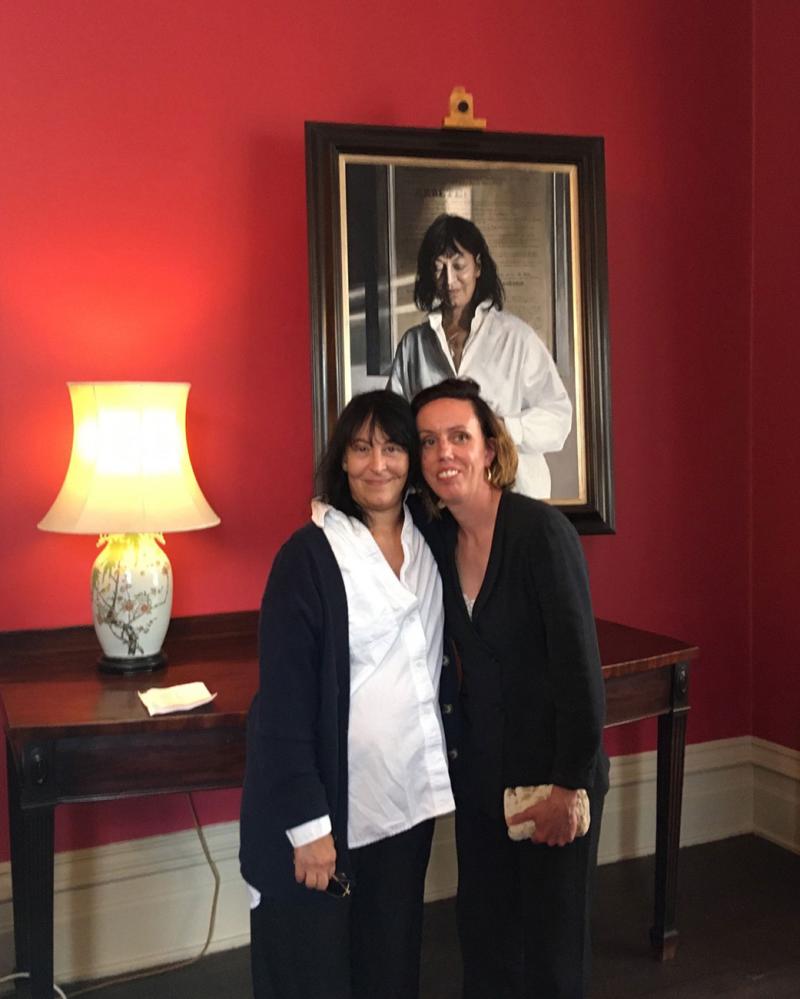 Associate Professor in Politics and International Relations Karma Nabulsi (Balliol, 1989) has been honoured with a portrait commissioned by her old college. The portrait was painted by UK-based artist Nina Mae Fowler.

Professor Nabulsi is the Jarvis Doctorow Fellow and Tutor in Politics at St Edmund Hall. Her research is on 18th- and 19th-century political thought, the laws of war, and the contemporary history and politics of Palestinian refugees and representation.

Her work is published in a variety of arenas: OUP, Verso, CUP, Annales, Etudes Philosophiques, the Journal of Political Ideologies, Government and Opposition, the European Journal of Political Theory, the Guardian, the LRB, and the TLS. She is currently contributing to the new Oxford Handbook of Rousseau, with a chapter on ‘Emancipation’.

Her portrait was unveiled at a gathering of some of Karma Nabulsi’s friends, colleagues, and present and former students in May. At the gathering chair of Balliol’s Arts and Chattels Committee, Revd Canon Bruce Kinsey praised the artist for the way she had captured Karma Nabulsi’s ‘grace, power and warmth’.

Professor Nabulsi said: “Nina Fowler is such a cool and talented artist, and I was touched that my old college Balliol commissioned a portrait - it’s a truly special place.”

Professor Nabulsi recently completed a digital humanities programme that was sponsored by the British Academy and is hosted at DPIR. It was developed with scholars, museums, research institutes, and universities across the global south, providing a bilingual open-access research and teaching resource. The online course and research materials cover the Palestinian liberation movement, during the anti-colonial era of the 1950s, 60s, and 70s.

Her portrait will be hung in the Master’s Dining Room at Balliol College.

Nina Fowler is such a cool and talented artist, and I was touched that my old college Balliol commissioned a portrait - it’s a truly special place.
Professor Karma Nabulsi