How authoritarian power manipulates the global economy to sustain itself 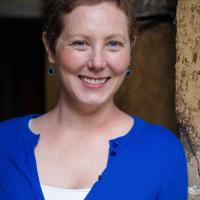 Wealthy and powerful individuals have increasingly relied on an "offshore world" of global financial networks and channels in recent decades.

In this timely new edition of the American Political Science Association's (APSA) Democracy and Autocracy newsletter, findings reveal financial structures and techniques designed to provide secrecy, asset protection, and tax exemption, as well as "a veritable army" of for-profit professional services in financial centres around the world, who serve the wealthy elites of autocratic states.

Contributing authors have employed creative approaches to their studies - from process-tracing and ethnography to the use of court records - and they have tracked social media usage by autocratic elites, built databases of autocrat-owned London property, and produced convincing estimates of the funds parked in offshore tax havens.

Professor Soares de Oliveira comments: "Russia's invasion of Ukraine has highlighted the need to better understand the full extent of authoritarian elites' exploitation of the global economy for their own personal and political gains.

"We hope that our APSA newsletter, which is open-access and available to all to read, goes some way to shed light on this important research agenda."

The Democracy and Autocracy Section of APSA promotes the analysis of the origins, processes, and outcomes of democratization among nations of all regions of the world. It encourages scholarship that is both informed by comparative theoretical perspectives and based on field research in specific countries.