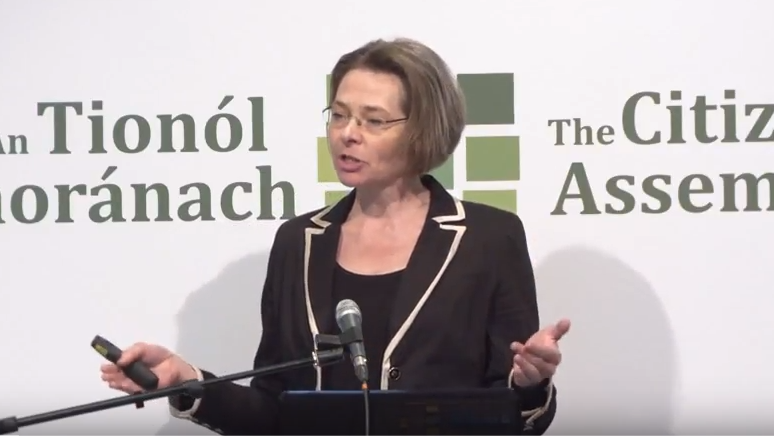 Professor Petra Schleiter presented at the Irish Citizens' Assembly on 14 April on fixed term parliaments, specifically the experience and practice in other jurisdictions.

Prof Schleiter's presentation gave an overview of how other countries allow early elections to be called, and if at all, under what types of circumstances or restrictions. For example, Norway is the only country in Europe with completely fixed parliamentary terms, with the constitution fully dictating when elections take place. The rest of Europe has semi-fixed or flexible terms, with politicians, presidents, prime ministers, governments and legislatures able to (in some combination) trigger early elections. Just under half of all elections in Europe are called "early", before the maximum parliamentary term is reached.

Prof Schleiter also described how the timing of elections matters, and what might happen if the power of politicians to call elections at their discretion was constrained in some way. "Elections are make or break moments in politics", she explained, "they are opportunities for us as citizens to hold our politicians to account" and they also shape the work of goverments, the rhythm of policy cycles, and of course focus the minds of politicians in their electoral ambitions.

After a day of presentations and discussion, the Assembly concluded that the current constitutional position as to the dissolution of the Dáil Éireann should be changed, set to a "semi-fixed" term that can be cut short subject to certain conditions. These conclusions will be compiled in recommendations to be submitted to the Houses of the Oireachtas.

The Citizens' Assembly is a body comprising the Chairperson and 99 citizens, randomly selected to be broadly representative of the Irish electorate, established to consider some of the most important issues facing Ireland’s future.