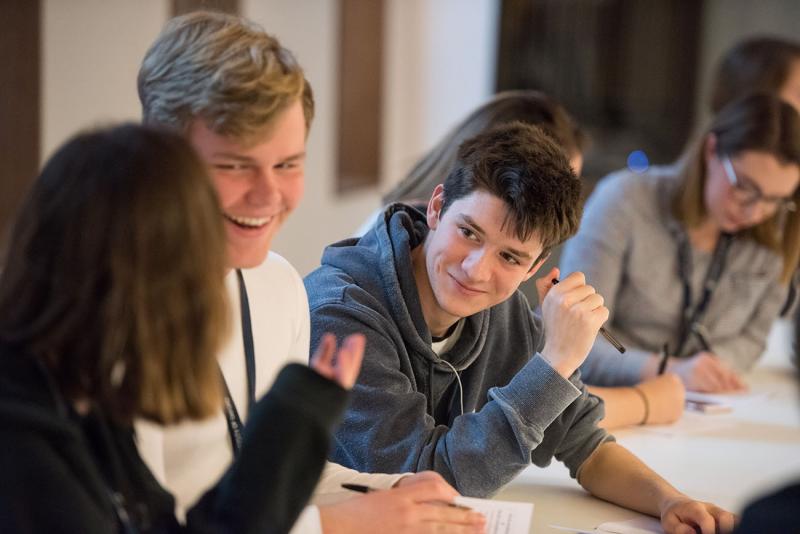 On 15 November 2018, local sixth formers joined academics, activists, politicians and councillors for Oxford’s Parliament Day, hosted by DPIR and the Bodleian Libraries, as part of the UK-wide Parliament Week programme. The day was inspired by the Suffragette movement, exploring themes of extra-parliamentary action and activism.

The day began at the Weston Library, with Oxford academics Nick Owen, Jane Green and Sarah Bufkin opening discussion about protest, activism and civil disobedience. Students then split into groups to begin developing a personal action plan to further a cause important to them. Chosen causes included gender equality, humanitarian issues, climate change and Brexit.

Following an afternoon of lively discussion, students returned to the Weston and ended the day by sharing what they had learned, including ideas to further their chosen causes.

We would like to thank the students and teachers from Oxford Spires Academy, The Bicester School, Lord Williams’s School, Wallingford School, Highdown School and Sixth Form Centre, and Blessed George Napier Catholic School and Sports College, as well as our academics and campaigners, for a very engaging and thought-provoking day.

You can view more photographs from the day on our Facebook page.