Before joining DPIR, Mihail was a Departmental Lecturer in East European Politics at Oxford School of Global and Area Studies (OSGA). He previously taught at the University of Southampton and at the Central European University and conducted postdoctoral work at UCLouvain (Belgium) and Median Research Centre (Romania).

His current research focuses on two agendas. The first assesses the responses of the European Parliament to the democratic backsliding crises in several EU Member States and whether backsliding has contributed to the consolidation of an East-West cleavage in the EU. The second research agenda is centred around the evolution of programmatic linkages between citizens and political parties in Eastern Europe. His work has been published in journals such as Journal of European Public Policy, Journal of Common Market Studies, Party Politics or European Union Politics. 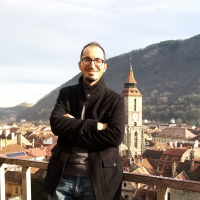 Where
Image
London School of Economics